The site is just across the Imus Retarding Basin and less than a kilometer from the City of Imus Doctors Hospital. The Patindig Araw Road is a quick access point to and from Bacoor and General Trias, Cavite. Imus is just 20 minutes away from the central business districts of Alabang and Las Piñas.

Moreover, Vermosa is just a 15-minute drive from the famous Evo City, also an Ayala Land mixed-use development on a 200-hectare land project in Kawit, Cavite. It is touted to become the next premier central business district (CBD) in the south. The City of Imus is bounded by Kawit and Noveleta to the north; to the west by General Trias; Bacoor City to the east; and Dasmari?as City to the south.

The strategic location of Amaia Series Vermosa makes it more favorable to access key destinations in the province of Cavite, including the southern parts of Metro Manila. Because of its proximity to Metro Manila, Imus City is considered a metropolitan area. The City of Imus offers a lower cost of living with high quality of life. It is also interesting to know that Amaia Series Vermosa lies close to schools, hospitals, churches, workplaces, and shopping centers. 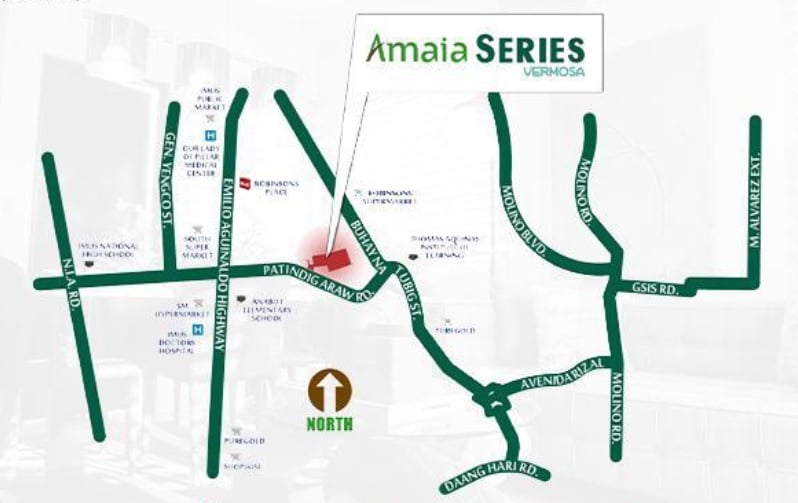